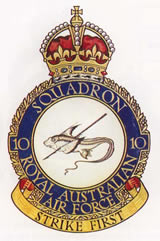 By Brad Cancian,
October 31, 2009 in Knights of the Sky Group Build