Interesting Press release on the F-15SA 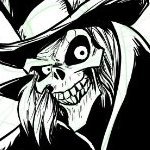 By GreyGhost,
February 14, 2012 in General Discussion