1/72 Hasegawa F-4C with lots of extras and scratch 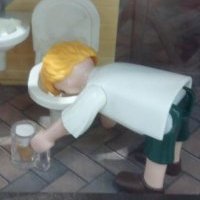