MPC's Pilgrim Observer (doing something different while stuck on the kitbash) 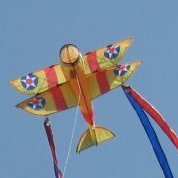