Land of the Giants Spindrift build. 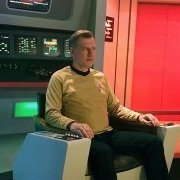